Welcome to one of the most beautiful cities in Germany! Did you know that Mark Twain found his idea for Huckleberry Finn on the banks of the Neckar? Also the great poets and painters of the Romantic period did the same and were inspired by the harmonious ensemble of castle, old town and river in the middle of the mountains. Heidelberg has always known how to enchant its visitors.

Take us on your journey through the city of romance and explore the old town on a walking tour with the most beautiful sights and the longest pedestrian zone in Europe, surrounded by picturesque mountains and forests. 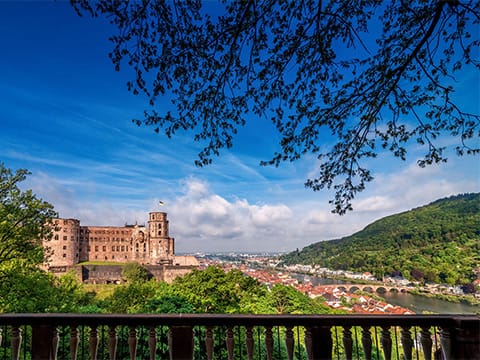 Situated on the northern slope of the Königstuhl in the middle of the green forests, the castle ruins rise majestically above the rooftops of the old town. For five centuries, the electoral princes of the Palatinate resided there. Today, it is one of the most visited sights in Europe and captivates the city's guests every year. 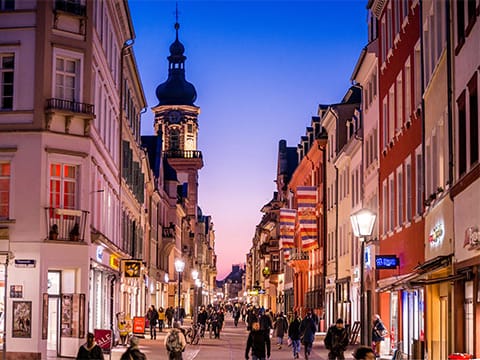 The old town is the heart and historical centre of Heidelberg. First mentioned in 1196, it is world-famous for its unique trinity of city, mountains and river. With its narrow alleys and baroque old buildings, the main street is one of the longest pedestrian zones in Europe and attracts more than three million visitors every year. 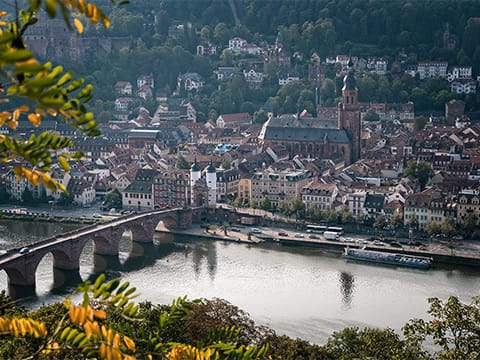 The Philosopher's walk is the most known panoramic highlight of Heidelberg! The path leads along the southern slope of the Heiligenberg on the opposite side of the Neckar and offers a breathtaking view of Heidelberg's romantic city panorama. Thanks to its mild climate, exotics such as the Japanese woolly mistletoe and American cypress as well as bamboo, palms and pines thrive here. 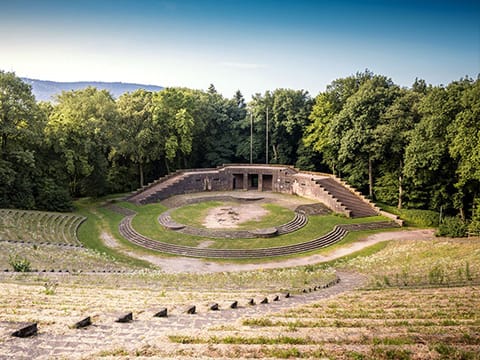 At the highest point of the Heiligenberg, below the ruins of the St. Michel monastery, is the Thingstätte, one of the largest structures and legacies of the National Socialist era. Built in 1934, the open-air stage was used for propaganda events and rallies. 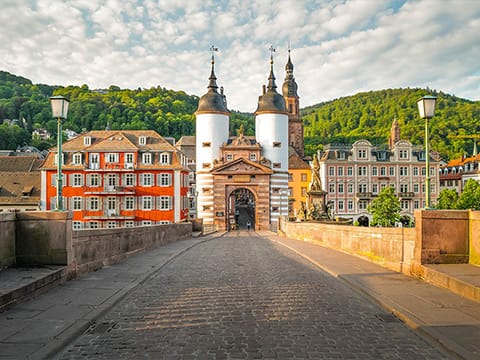 The old bridge (Karl-Theodor-Brücke) is one of the last examples of classical bridge building in stone and connects the old town with the Neuenheim district. During the Second World War, the original bridge was destroyed by German soldiers. Just two years later, thanks to a fundraising campaign, Heidelberg was able to open the newly rebuilt bridge. 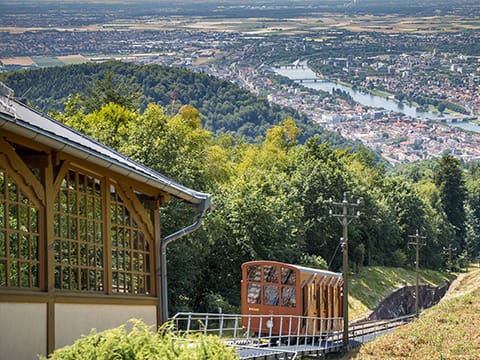 With a high of 567.8 meters above sea level, the Königstuhl is Heidelberg's highest mountain and offers a fantastic view over Heidelberg, the Neckar valley and the Rhine plain. Walkers can reach the mountain directly from the castle via the stairs known as "Himmelsleiter". Those who like it more comfortable can take the mountain railway: Since 1907 it has been taking visitors from the "Kornmarkt" valley station via "Schloss" and "Molkenkur" stations to the top of the Königstuhl. 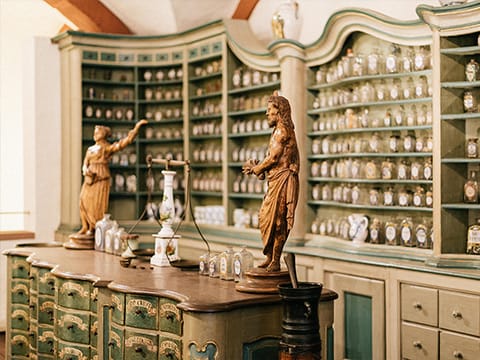 A journey through the history of pharmacy: Founded in 1937, the German Pharmacy Museum offers fascinating insights into the world-famous history of pharmacy from antiquity to the 21st century. With up to 600.000 visitors a year, it is one of the most visited museums in the country. 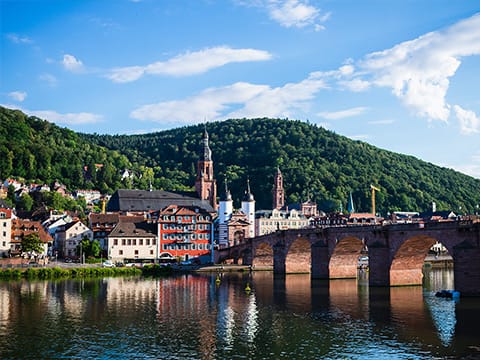 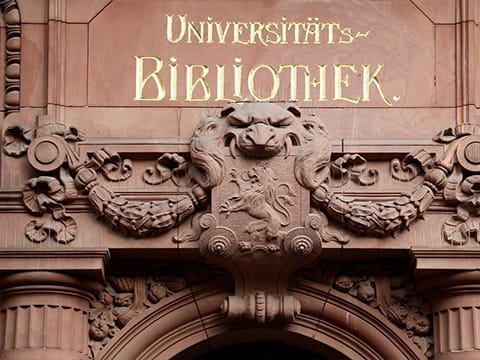 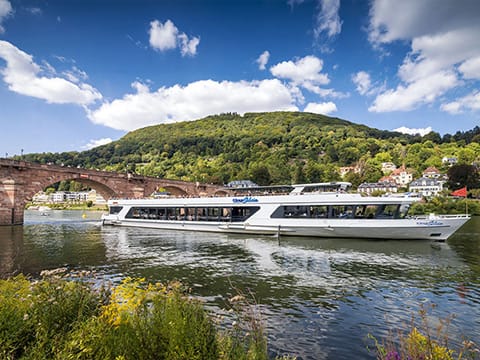 Boat trips on the Neckar

No matter whether you are visiting Heidelberg for the first time or you would like to rediscover your home region: From the water, you will experience the city along the Neckar valley with its castles and palaces from a completely new perspective. The tours offer numerous opportunities on one of the most beautiful stretches of river in Germany.